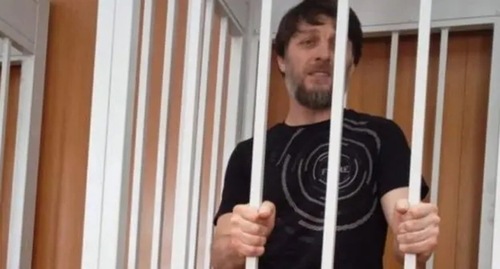 The advocate of Daud Mamilov, a native of Ingushetia, who was found guilty of involvement in a terrorist organization and sentenced to eight years in prison, has stated, apart from her appeal complaint, that there were no proofs of her client's guilt, and the verdict was unfounded.

The "Caucasian Knot" has reported that in September 2020, Daud Mamilov, accused of involvement in the terrorist organization "Islamic State" (IS)*, stated that he had been forced to confess. On July 19, Mamilov was found guilty and sentenced to eight years in a general security colony. His advocate, Lyudmila Tolstonogova, has filed an appeal complaint.

Then, she went to court with an addition to the appeal complaint, Ms Tolstonogova told the "Caucasian Knot" correspondent on September 20.

The advocate has noted that the conclusions of the court, set out in the verdict, are not supported by the evidence considered in the court session. She claims that all the proofs of Daud Mamilov's guilt, referred to by the court in the verdict, "are defective" – each of them "has attributes of either inadmissibility or irrelevance; and together they are not enough to conclude that the defendants, including Mamilov, had joined the IS* and pledged not only to recruit people thereto, but also to provide it with financial support.

*The "Islamic State" (IS, formerly ISIL) is a terrorist organization banned in Russia by the court.

This article was originally published on the Russian page of 24/7 Internet agency ‘Caucasian Knot’ on September 21, 2022 at 04:31 am MSK. To access the full text of the article, click here.