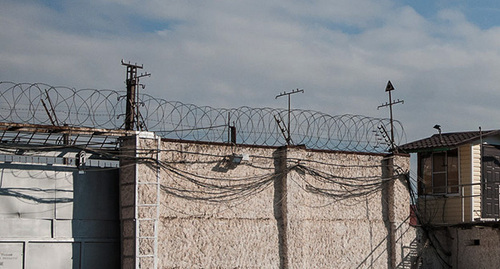 In the torture case of prisoners in the Kalmyk colony, investigators have not yet found any evidence and suspects, despite the identification of the law enforcers who used torture. Most of the prisoners earlier recognized as victims have recalled their testimonies, but the natives of Dagestan, Magomed Atimagomedov and Daud Kuramagomedov, intend to seek punishment of colony employees, their advocates assert.

The "Caucasian Knot" has reported that in Kalmykia, investigators opened a criminal case on incitement to mass riots against the above inmates from Dagestan, Magomed Atimagomedov and Daud Kuramagomedov, who are accused of attacking the colony staff. According to the advocates, their clients had been severely beaten up in the colony.

Magomed Atimagomedov, accused of killing a colony ward, said that he had planned an escape, as he was threatened with charges under a terrorist article, although he was not involved in the above killing, and he signed his testimony under duress.

Only ten inmates, including Atimagomedov and Kuramagomedov, were recognized as victims, although, according to the convicts, force was used against a much larger number of prisoners, Aza Alieva, an advocate, has explained.

Snezhana Muntyan, another advocate, has confirmed that only these two prisoners refused to recall their testimonies. According to her story, Atimagomedov and Kuramagomedov are ready to go to the end and achieve the punishment of those guilty.

This article was originally published on the Russian page of 24/7 Internet agency ‘Caucasian Knot’ on November 17, 2022 at 10:11 pm MSK. To access the full text of the article, click here.