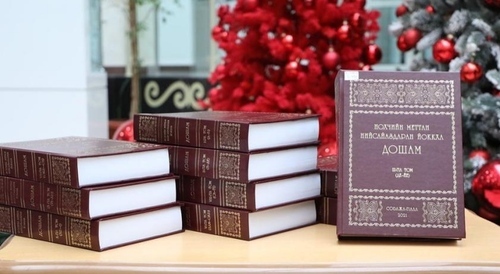 The Chechen language is dying out; it must be made the main communication language in families, Ramzan Kadyrov has stated. Residents of Chechnya are fluent in Chechen; the demands of the head of the republic are excessive, users of the social network "VKontakte" have objected.

The "Caucasian Knot" has reported that in October 2021, Aishat Kadyrova, a 22-year-old daughter of the head of Chechnya, was appointed Minister of Culture of the republic. In November of the same year, Chechen authorities announced that additional education programmes were being introduced for pupils of forms 5-8 entitled "Culture and Traditions of the Chechens" and "Spiritual Values".

The Chechen language is spoken mainly in Chechnya, in a number of regions of Dagestan, as well as in Ingushetia and other regions of Russia and in Georgia, and partly in Syria, Jordan and Turkey. Before the armed conflicts that broke in Chechnya in 1994, the number of speakers in Chechen was about 750,000 thousand (according to other sources, about 950,000).

The Chechen language is included into the group of endangered languages; and this is a "great tragedy" that republic's authorities cannot put up with, Kadyrov has stated. In his opinion, the publication of dictionaries and books is insufficient. "It is necessary from an early age, when children go to kindergarten, to start teaching them their mother tongue ... In families, it should also become the main communication language. This is extremely important. Otherwise, we will finally lose our most valuable things – the mother tongue and out national culture," the Chechen leader has stated.

"I don't think that it is a dying out language. Chechen is spoken even outside of Chechnya … Therefore, those who state that the mother tongue is dying out are unaware of the real state of affairs," the user Eduard Kochev has written.

The user Alexei Kiryakov has suggested that the state intervention is excessive.

Some commentators have offered their ideas to popularize the language. "It would be very interesting to create a series of documentaries and publish books and magazines about the history and culture of the Chechen nation," the user Greg Petrov has noted, in particular.

This article was originally published on the Russian page of 24/7 Internet agency ‘Caucasian Knot’ on November 19, 2022 at 03:54 pm MSK. To access the full text of the article, click here.