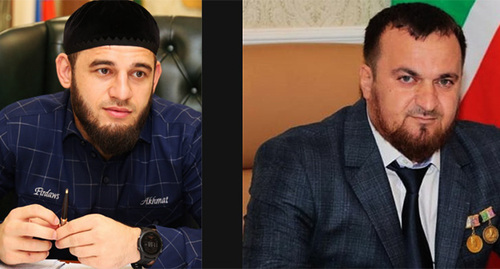 Ibragim Zakriev, a nephew of the head of Chechnya, has headed the structure that united two ministries; while Turpal-Ali Ibragimov, another Kadyrov's relative, who had headed one of these ministries, has became the new Secretary of the Security Council. These new appointments of people from the "inner circle" have continued the trend of personnel reshuffling of Ramzan Kadyrov's relatives.

The "Caucasian Knot" has reported that on October 31, Ramzan Kadyrov dismissed Apti Alaudinov from the post of Secretary of the Security Council of Chechnya. After his resignation, Alaudinov received the military rank of major general and took the post of deputy commander of the army corps of the People's Militia of the Lugansk People's Republic (LPR), while retaining the position of assistant to the head of Chechnya.

In his turn, Turpal-Ali Ibragimov, who served as the Minister of Property and Land Relations, was appointed the new Secretary of the Security Council of Chechnya.

Let us note here that Suleiman Gezmakhmaev, a serviceman of the Kadyrov regiment, mentioned Turpal-Ali Ibragimov as the head of the administration of the Shali District in his testimony about extrajudicial executions in Chechnya published in March 2021 by the "Novaya Gazeta".

Let us add here that in March 2020, Kadyrov criticized the residents of Chechnya, who were dissatisfied with the fact that he appointed his close relatives to high positions in the republic. He blamed the opponents of such his personnel policy as "goats" and "shaitans".

This article was originally published on the Russian page of 24/7 Internet agency ‘Caucasian Knot’ on November 21, 2022 at 03:18 pm MSK. To access the full text of the article, click here.