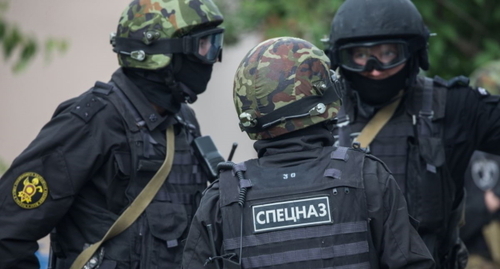 Dagestan leads in Russia in number of terrorist crimes

In January-October this year, most terrorist crimes were registered in Dagestan among Russian regions; it follows from the data of the Russia's General Prosecutor's Office (GPO). Chechnya and Ingushetia took the third and the fourth places in the anti-rating with a serious margin.

The GPO has published data on the number of registered crimes for the period from January to October 2022. Most terrorist crimes were detected in Dagestan – 394 ones. Moscow is in the second place (121 crimes).

Chechnya, which ranked third, has registered much fewer such crimes – 96 ones; it is followed by Ingushetia with 93 crimes.

The Astrakhan Region registered 18 such crimes; Adygea and North Ossetia – seven ones each; and Kalmykia – two.

This article was originally published on the Russian page of 24/7 Internet agency ‘Caucasian Knot’ on November 28, 2022 at 04:41 am MSK. To access the full text of the article, click here.

NCFD republics are among top five in number of terrorist crimes, Dagestani MIA is searching for 2000 suspects of taking part in terrorist organizations, Authorities of North Ossetia: local residents join IS because of unemployment.