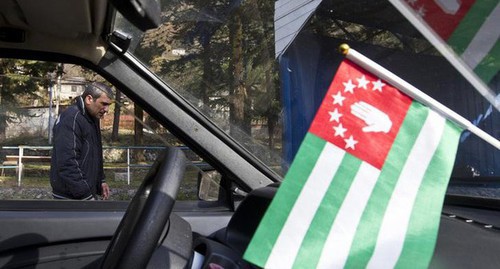 In Abkhazia, the state of emergency has forced the owners of trading outlets to curtail operations; while hotel owners have cancelled reservations, entrepreneurs inform.

The "Caucasian Knot" has reported that on March 28-April 20, Abkhazia is under the state of emergency due to the threat of coronavirus spread.

After the introduction of the state of emergency, Vladislav Khishba, the owner of several outlets in the Sukhumi marketplace, had to distribute or destroy the unsold foodstuffs, as they got spoiled. "We understand the need for such measures, but it all happened very abruptly. We had bought a lot of foodstuffs, got ready for a great demand, hoped to sell everything on the weekend, but we were not allowed to finalize the work," Mr Khishba told the "Caucasian Knot" correspondent.

Trade and tourism are the only sources of income for the majority of Abkhazians, a private entrepreneur, Khibla Ashba, who owns a hotel in Sukhumi, told the "Caucasian Knot" correspondent.

According to her story, over the past week, the demand for reservations has doubled, but entrepreneurs are forced to cancel reservations. "I think these were Muscovites (who were reserving rooms in Sukhumi hotels), who wanted to spend the quarantine in Abkhazia. Today, we cancel all reservations and return the money," Ms Ashba said.

In her opinion, many entrepreneurs will not be able to return to the market after the end of the state of emergency. "Those who rented the premises have refused from it; they won't be able to earn money during the quarantine. Tenants will be left without rental fees. Our already weak economy will eventually collapse," Khibla Ashba has suggested.

This article was originally published on the Russian page of 24/7 Internet agency ‘Caucasian Knot’ on March 29, 2020 at 07:02 pm MSK. To access the full text of the article, click here.

Dozens of residents of Abkhazia cannot get home from Georgia due to coronavirus quarantine, Georgia: number of coronavirus infected patients reaches 23, Georgia is behind Armenia in WHO's ranking for epidemic preparedness.