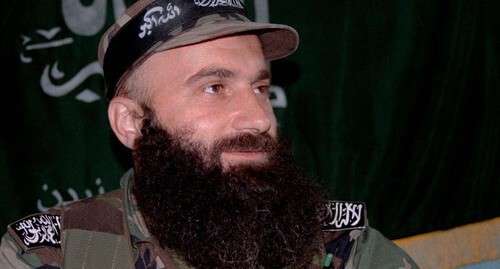 A case against Rasul Mailubaev and Zagir Yakubov, natives of the Stavropol Territory, accused of participating in an attack by the militant grouping led by Shamil Basaev and Amir Khattab on Dagestan in 1999, has been submitted to court.

The “Caucasian Knot” has reported that detentions of suspected participants in the attack by the militant grouping led by Shamil Basaev and Amir Khattab on Dagestan still take place more than 20 years later. In May, the Investigating Committee of the Russian Federation (ICRF) reported that more than 80 people had been sentenced for taking part in Shamil Basaev’s raid, and 28 other suspects were put on the wanted list.

On August 7, 1999, more than 1000 militant led by Shamil Basaev and Jordanian Amir Khattab entered Dagestan from Chechnya. The fighting continued for more than a month. It was not until September 15, 1999, when the Ministry of Defence (MoD) reported that the territory of the republic was completely liberated.

“According to the investigators’ version, in August 1999, in the Botlikh District of Dagestan, being members of a criminal grouping led by Basaev and Khattab, the accused took part in an armed attack on the Russian armed forces. As a result, 33 soldiers were killed, and 34 others were injured,” the General Prosecutor’s Office for the North-Caucasian Federal District (NCFD) and the Southern Federal District (SFD) reports on its Instagram page.

Let us remind you that in April, Alexander Ponomarenko, a 38- year-old resident of the Krasnodar Territory, was detained on suspicion of participation in the Shamil Basaev’s attack on Dagestan. However, the suspect himself pleads not guilty. His relatives also claim that Alexander Ponomarenko has never been to Dagestan and had been never involved in any armed formations. According to an advocate, Alexander Ponomarenko was forced to incriminate himself under torture.

Earlier, advocate Narine Airapetyan has claimed that cases on participation in the militant groupings led by Shamil Basaev and Amir Khattab are very similar and often falsified.

This article was originally published on the Russian page of 24/7 Internet agency ‘Caucasian Knot’ on October 4, 2021 at 02:52 pm MSK. To access the full text of the article, click here.