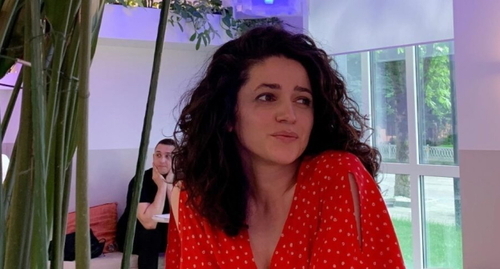 Alipat Sultanbegova, who was recently set free after her 20-day arrest for participating in an action against the special operation in Ukraine, has been detained again. This time, for her posts in social networks, one of which, as law enforcers assert, discredits the Russian Armed Forces, and the other incites hatred towards law enforcers.

The "Caucasian Knot" has reported that on February 25, the Leninsky District Court of Krasnodar arrested Vitaly Votanovsky and Alipat Sultanbegova for 20 days; they were detained in Krasnodar at a protest action against the special operation in Ukraine.

Alipat Sultanbegova, a Krasnodar activist, was detained when she came out of her home on March 18; she is charged with Part 1, Article 20.3.3, of the Code of Administrative Offenses of the Russian Federation (public actions aimed at discrediting the Armed Forces of the Russian Federation) and Article 20.3.1 (inciting hatred or enmity), the "93.ru" outlet reports with reference to Mikhail Benyash, an advocate.

The administrative protocols have been drawn up against Sultanbegova for her posts in social networks. According to law enforcers, on March 17, a picture was placed in her Twitter page that discredits the Armed Forces of the Russian Federation. Another post contains unflattering expressions addressed to law enforcers, Mikhail Benyash has written on his Telegram channel.

This article was originally published on the Russian page of 24/7 Internet agency ‘Caucasian Knot’ on March 19, 2022 at 06:30 am MSK. To access the full text of the article, click here.