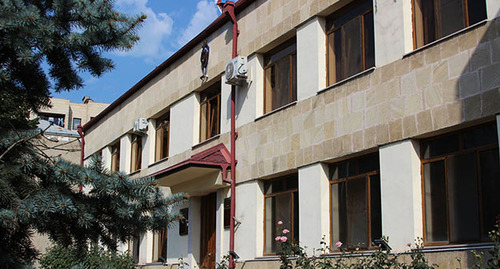 The National Security Service (NSS) of Nagorno-Karabakh has detained a military serviceman suspected of transferring secret information to a representative of a foreign intelligence service via a social network. The suspect received USD 1550 from the foreign service, investigators assert.

According to the NSS, in early 2021, the suspect from Nagorno-Karabakh began communicating via the Facebook* with a foreign intelligence agent, who contacted him from an account opened in the name of an Armenian girl. After some time, the military received USD 150 for providing secret information in return, the NSS stated in its Facebook* page.

The NSS has suggested that later, during the period from March 2021 to May 2022, the military continued contacting the agent and transferred the information that contained state and military secrets; in particular, about armoured vehicles, combat posts, location of a military unit and buildings in its territory, the regime of the military unit, as well as about the Russian peacemaking brigade stationed in Nagorno-Karabakh. In return, he received a total of USD 1400, the "News-Armenia" has reported.

The NSS has opened a criminal case under Article 310 of the Criminal Code of Nagorno-Karabakh (treason). The suspect was arrested and confessed, the report says.

*On March 21, the Tverskoi Court of Moscow banned the activities of the Meta Company (that owns the Facebook, Instagram and WhatsApp) in Russia in connection with extremist activities.

This article was originally published on the Russian page of 24/7 Internet agency ‘Caucasian Knot’ on June 10, 2022 at 07:34 pm MSK. To access the full text of the article, click here.