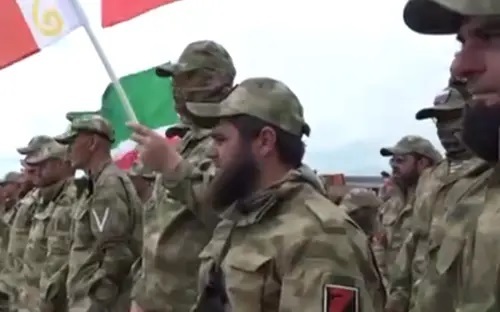 Amid criticism of the silencing the death toll in Ukraine, Ramzan Kadyrov has announced the sending of a new group of volunteers to the special military operation in Ukraine.

The "Caucasian Knot" has reported that Ramzan Kadyrov is regularly reporting about sending detachments of volunteers from Chechnya to Ukraine, including residents of other Russian regions. On May 29, he claimed that "hundreds, if not thousands" of volunteers arrive in Chechnya every day in order to get trained at the Russian Spetsnaz (Special Troops) University (known as RUS) located in the city of Gudermes and sent to Ukraine.

On June 25, the head of Chechnya, Ramzan Kadyrov, announced sending another group of volunteers to the special military operation underway in Ukraine. "Each of them is equipped with everything necessary, from military uniforms to weapons and ammunition. (...) Volunteers have completed accelerated training courses at the RUS under the strict guidance of the best instructors," the head of Chechnya writes in his Telegram channel, not specifying the number of volunteers who were sent to Ukraine.

Kadyrov has also posted a video showing the Speaker, Magomed Daudov, seeing off volunteers at the Grozny Airport. Speaking to volunteers who holding Russian and Chechen flags, Daudov said that the RUS had worked with volunteers "for the last week," while the Akhmat Kadyrov Fund had provided the equipage.

This article was originally published on the Russian page of 24/7 Internet agency ‘Caucasian Knot’ on June 25, 2022 at 04:13 pm MSK. To access the full text of the article, click here.