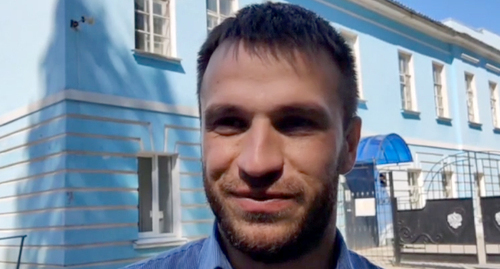 Today, prison administration has allowed an advocate to visit Chechen native Salekh Magamadov, but their conversation was controlled by a warder, advocate Alexander Nemov says. This is reported by the “SOTA” project in its Telegram channel.

The “Caucasian Knot” has reported that since July 15, the defence was denied a meeting with Salekh Magamadov under a pretext that he was not in prison.

On May 11, the Supreme Court (SC) of Chechnya refused to commute the sentence of Salekh Magamadov and his brother Ismail Isaev, who were convicted on the charge of aiding and abetting a militant.

Salekh Magamadov’s advocate has emphasized that he did not notice any signs of beatings on his client’s face and body and could not conclude that violence was used against Salekh Magamadov.

According to him, Salekh Magamadov was at the transfer stage for two months and ended up in the “Vladimir Central” prison only in early August.

This article was originally published on the Russian page of 24/7 Internet agency ‘Caucasian Knot’ on August 11, 2022 at 02:00 pm MSK. To access the full text of the article, click here.