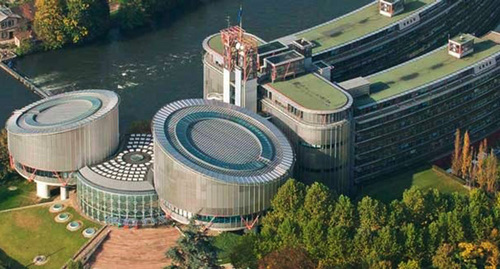 The European Court of Human Rights (ECtHR) obliged the authorities of Russia to pay compensation to four activists from the Rostov Region and the Krasnodar Territory for violating their rights to a fair trial in cases on detentions at protest actions. Compensation was also awarded to a prisoner from one of the penal colonies of the Stavropol Territory, who complained about inadequate conditions of detention.

The “Caucasian Knot” has reported that on September 16, Russia ceased to be a party to the European Convention on Human Rights. The ECtHR still has for consideration 17,450 complaints against Russia.

The European Court of Human Rights pronounced decisions on several complaints from residents of Southern Russia, the “Kavkaz.Realii”* reported.

Oksana Zavgorodnyaya, a resident of Rostov-on-Don, was among those detained at a protest action in support of independent candidates for the Moscow City Duma on August 10, 2019, and she was fined 10,000 roubles. The ECtHR found a violation of the right of the resident of Rostov-on-Don to an impartial court decision regarding her detention and fine for connection with the participation in the protest action, and the activist was awarded compensation of 3900 euros.

Alexander Asyutin, another resident of Rostov-on-Don, proved that the court formally considered his case on extension of his arrest. The activist was awarded compensation of 2500 euros.

The ECtHR recognized as disproportionate measures the detention of Elena Kulikova, a resident of Rostov-on-Don, and a fine of 20,000 roubles imposed on her for a solo picket in support of Alexei Navalny** in June 2017.

Yuri Vlasov, an activist from Krasnodar, was awarded a payment of 3900 euros for the arrest after his participation in a protest action on March 26, 2017, which took place after the release of the film “He is not Dimon for you” about the real estate property of the then country’s prime minister.

Alexander Fedotov also achieved compensation for inadequate conditions of detention in a penal colony in Stavropol. He complained about poor food quality, mould, and insects. The ECtHR awarded him 6500 euros in compensation.

*Included by the Russian Ministry of Justice (MoJ) into the register of foreign media, performing functions of a foreign agent..

**Navalny’s offices are recognized as extremist organizations and banned in Russia. Alexei Navalny is a founder of the Anti-Corruption Foundation (known as FBK), an NCO that is included by the Russian Ministry of Justice (MoJ) in the register of NCOs performing functions of a foreign agent.

This article was originally published on the Russian page of 24/7 Internet agency ‘Caucasian Knot’ on November 10, 2022 at 03:43 pm MSK. To access the full text of the article, click here.