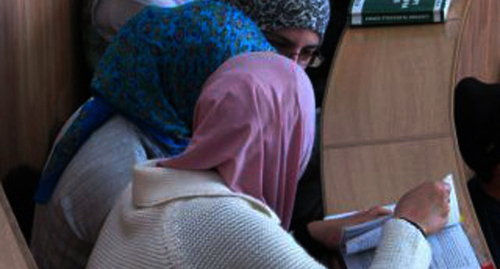 In Novocherkassk, the teachers’ council of the medical college expelled five female students, including natives of Dagestan and Chechnya, for wearing hijabs. The students filed a complaint to a prosecutor. The college administration had the right to introduce a dress code, if it does not contradict the decisions of the regional authorities, advocate Timofei Shirokov notes.

The “Caucasian Knot” has reported that in September 2022, female students of the Astrakhan Medical University complained that they were forbidden to attend classes in hijabs. According to the students, there were attempts to persuade them to take off their hijabs at the entrance to the university.

“All the girls were brilliant students. Two of them are local, they live in Novocherkassk. The others originate from Chechnya and Dagestan. There were no complaints about their successes in studies,” said advocate Magomed Nurbagomedov. He cannot understand how the hijabs could disturb the studies, since in the medical college, the students should cover their heads in the classrooms.

According to the advocate, the Muslim female students themselves did not emphasize their religiosity, for example, they did not perform in public any acts of worship.

“Wearing a headscarf should not necessarily be seen as a display of religious paraphernalia,” the advocate believes.

According to the girls, they have refused to sign the consent to expulsion from the medical college and are determined to defend their right to study and wear the uniform that they themselves have chosen.

In general, it is a right of an educational institution to introduce a uniform for students, advocate Timofei Shirokov explains. According to hum, it is “very difficult” to challenge the administration’s decision when an education institution is not a part of the compulsory secondary education system.

Earlier, journalist Svetlana Anokhina and blogger Maryam Alieva have reported that in some schools in Dagestan, the rights of female students are violated by the requirement to wear a headscarf, while in others, on the contrary, the students are forbidden to wear hijabs. The ban on wearing a headscarf as a religious attribute violates freedom of religion, lawyers emphasize.

This article was originally published on the Russian page of 24/7 Internet agency ‘Caucasian Knot’ on January 20, 2022 at 12:18 pm MSK. To access the full text of the article, click here.