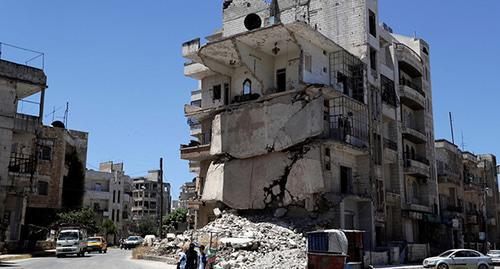 Belgium extradites Dagestani native accused of involvement in IS

Immampasha Akhmadov, a native of Dagestan, extracted from Belgium, is accused of involvement in combat actions on the side of the "Islamic State" (IS, a terrorist organization, banned in Russia), reports the FSB of the Russian Federation.

According to the Russian FSB, Immampasha Akhmadov was on the international wanted list.

"In 2014, being a supporter of radical Islam, Immampasha Akhmadov went through Turkey to Syria, where he joined the IS and participated in combat actions against government forces," the Russian FSB reports on its website.

The "Caucasian Knot" has reported that on March 22, 2016, a series of terror acts occurred in Brussels, in which 31 people were killed and about 300 were injured. The responsibility for the terror acts was claimed by the terrorist organization "Islamic State". Among those involved in the terror act, the media mentioned Marat Yunusov, a native of Dagestan, but the information about him was not confirmed.

Natives of Northern Caucasus have become associated with Islamic radicalization and terrorism, and therefore in Europe, they are indiscriminately accused of terrorism, notes Sasha Kulaeva, the head of the Eastern Europe and Central Asia Department of the International Federation for Human Rights (FIDH). According to her, a similar situation occurred after the explosions in Brussels.

This article was originally published on the Russian page of 24/7 Internet agency ‘Caucasian Knot’ on May 29, 2019 at 02:51 pm MSK. To access the full text of the article, click here.