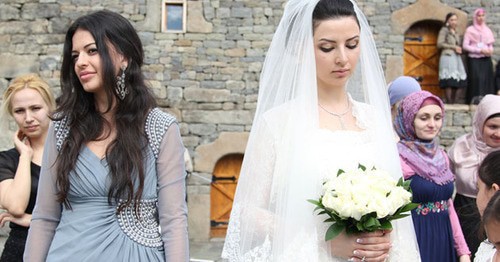 Relatives took a Chechen girl living in Moscow back to Chechnya against her will, and they force her to marry, reports an activist from the "Kitezh" centre.

The girl lived in Moscow together with her parents. Meanwhile, after they learned that their daughter was dating a Russian young man, they decided to forcibly take her to the homeland to force her to marry a compatriot, reported activist Dariya Serenko.

The relatives seized the passport from the 20-year-old girl and did not allow her to leave the apartment and continue her training, reported the "Meduza" in its article "Relatives forcibly take to Chechnya a girl who ran away from home in Moscow because of being forced to marry", published on July 13.

The activists learned from the girl's female friend about the flight number with which the girl was supposed to be taken to Chechnya. The girl's friend also told the activists that the girl "asked for help and said that they forced her to take medicine," Dariya Serenko explained.

According to her, the activists from the "Kitezh" centre arrived at the airport and asked for help from the police, but the policemen did not find any reason to detain the passengers.

This article was originally published on the Russian page of 24/7 Internet agency ‘Caucasian Knot’ on July 14, 2019 at 07:42 am MSK. To access the full text of the article, click here.

Globalization changes attitudes to sex in Northern Caucasus, Rights defenders call on to take measures to prevent women's discrimination in the Caucasus, Experts: Caucasian women get emancipated due to changes in the role of Islam.