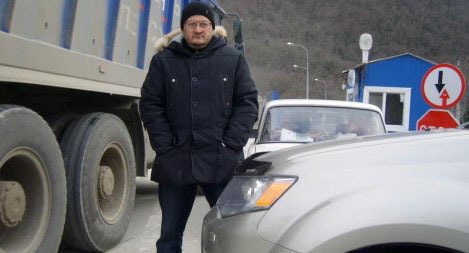 The European Court of Human Rights (ECtHR) has recognized the repeated detentions of Zufar Achilov at protest actions in Gelendzhik as the violation of freedom of assembly and obliged the Russian authorities to pay the activist 12,700 euros in compensation, advocate Anita Soboleva has reported today.

The "Caucasian Knot" has reported that in August 2013, the Krasnodar Territorial Court upheld the verdict to Zufar Achilov, a member of the board of the Gelendzhik Human Rights Centre (HRC), and also the verdicts to the head of the HRC and other two activists. All of them were found guilty of extortion money from developers. The defendants pleaded not guilty.

Relatives and defenders of the activists claimed that the defendants fell victim to provocation and also pointed out the torture used against the detainees at a SIZO (pre-trial prison).

On June 9, the European Court of Human Rights found a violation of the rights of Zufar Achilov and obliged the Russian authorities to pay him 12,700 euros in compensation, advocate Anita Soboleva informed the "Caucasian Knot" correspondent. The complaint filed to the ECtHR pointed to several episodes at once, but they were considered all together, because all of them related to the violation of freedom of assembly. The European Court agreed in fact with all the arguments submitted by Zufar Achilov, Anita Soboleva emphasized.

This article was originally published on the Russian page of 24/7 Internet agency ‘Caucasian Knot’ on June 10, 2020 at 02:59 pm MSK. To access the full text of the article, click here.

ECtHR awards almost 10,000 euros to Krasnodar resident for his extra stay in SIZO, ECtHR recognizes cancellation of gay parades in Sochi and Nalchik as illegal, Advocates of pardoned Sochi residents to appeal to ECtHR.