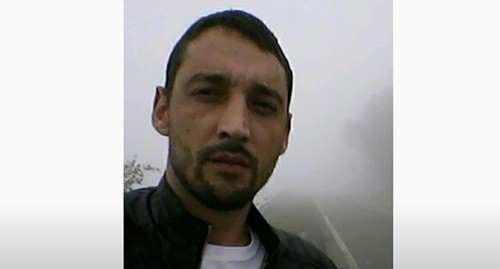 In Chechnya, investigators treat the testimonies of relatives of the missing Movsar Umarov that he had been held by law enforcers as trustworthy. The investigators' position contradicts the statements of the Russia' representative at the European Court of Human Rights (ECtHR), rights defenders assert.

The "Caucasian Knot" has reported that relatives of the missing Movsar Umarov managed to initiate a murder case. His mother has stated that he was detained on July 18 for watching the blog of Tumso Abdurakhmanov, a critic of the Chechen authorities. She has suggested that Umarov had fallen victim to an extrajudicial execution. His relatives doubt that he is still alive, since they receive no news from him.

In their testimonies, Umarov's relatives described in detail the place of their last meeting with him in the territory of the regiment, said Shamil Khamidov, a deputy head of the first division for investigating especially important cases of the Investigating Committee (IC) of Chechnya. He has noted that investigators have no doubts about the objectivity of these testimonies, says the website of the "Committee against Torture" (CaT).

Thus, the above IC has refuted the position of the Russian authorities, Dmitry Piskunov, the head of the CaT's North-Caucasian branch, has concluded.

Eset Umarova, Movsar's mother, has expressed her indignation at the fact that investigators had refused to check the testimonies of Umarov's relatives in the territory of the power body. She still hopes that her son is alive.

This article was originally published on the Russian page of 24/7 Internet agency ‘Caucasian Knot’ on December 18, 2020 at 08:48 pm MSK. To access the full text of the article, click here.