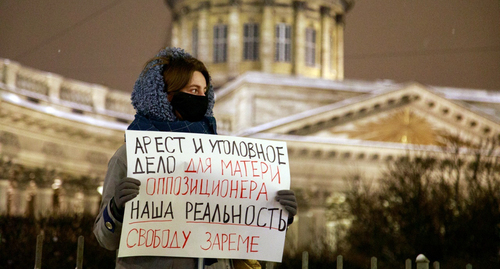 The head of Chechnya, Ramzan Kadyrov, and his entourage have attacked the Yangulbaev family with threats; and on February 2, they organized a rally in central Grozny to condemn the family. How the conflict began, what are Kadyrov's accusations and the Yangulbaevs' answer, as well as what does the oppositional Telegram channel has to do with it – see below in the reference material of the "Caucasian Knot".

On February 2, a mass rally was held in central Grozny, where Salakh-Haji Mezhiev, the Mufti of Chechnya, announced that the Yangulbaevs had offended the believers' feelings. The pro-governmental media have treated the rally as "unauthorized and spontaneous", claiming that 400,000 people took part therein. They brought posters with photos of the Yangulbaev family members with inscriptions "nation's shame"; they trampled them down, and later publicly burned the posters. 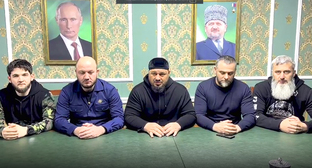 On February 1, 2022, Adam Delimkhanov, a State Duma MP and adviser to the head of Chechnya, posted a video on the Instagram, in which he threatened, in the Chechen language, to execute the members of the Yangulbaev family, and punish those who would translate his words into Russian. In particular, there were threats to "tear off their heads". Delimkhanov's threats should be examined by law enforcement bodies, including the General Prosecutor's Office (GPO), the State Duma MPs from the Communist Party, Nikolai Arefiev and Vyacheslav Markhaev, have stated. However, on the following day, threats were pronounce by officials from Russian federal agencies, in particular, by the heads of the Chechen branches of the Ministry of Internal Affairs (MIA), the Ministry for Emergencies (MfE) and the "Rosgvardiya" (Russian National Guard).

The persecution of the Yangulbaev family began with the middle son Ibragim for the activities of his group in the "VKontakte" social network. In November 2015, he, along with his father and brother, was brought to the residence of Ramzan Kadyrov, where they were beaten up, and the head of Chechnya declared a blood feud on Ibragim. His father, Saidi Yangulbaev, under the threat of Ibragim's death, was forced to resign from his position of the federal judge of the Supreme Court of Chechnya. Ibragim himself ended up in a secret prison.

"In jail or under ground"

In May 2016, Ibragim was released, and a year later detained again for the same group in the social network. Formally, under Article 282 of the Criminal Code of the Russian Federation for inciting hatred towards the social group "Russian militaries", but in fact – for criticizing Chechen authorities. According to Ibragim, he was repeatedly tortured. In January 2019, due to the partial decriminalization of Article 282, the criminal prosecution was stopped, and Ibragim Yangulbaev was released. 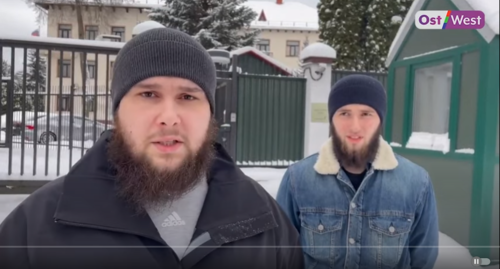 After these events, the retired federal judge with his wife Zarema Musaeva and daughter Aliya left for Nizhny Novgorod. The eldest son Abubakar moved to Pyatigorsk, where he began working for the "Committee against Torture" (CaT)**. The other sons, Ibragim and Baisangur, left for Europe.

The head of Chechnya treats all the Yangulbaevs as "terrorism accomplices." Kadyrov asserts that, according to "the correspondence posted on the Internet by third parties," the Yangulbaevs staged an attack on a former Chechen law enforcer in Turkey. Also, according to his version, all the family members "are definitely supporting terrorist groupings and plan to take part in organizing a whole network"; and the Yangulbaevs will find their places "either in jail or under the ground."

After Kadyrov's threats, Saidi Yangulbaev and his daughter left Russia. 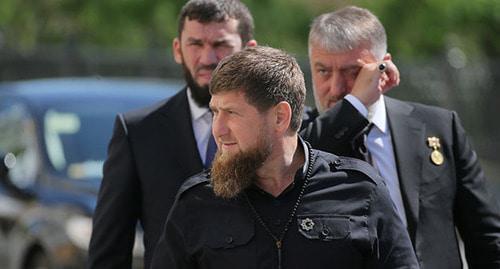 On January 31, 2022, the Chechen MIA announced that Ibragim Yangulbaev was put on the federal wanted list under a criminal case on public calls for terrorist activities (Part 2, Article 205.2, of the Criminal Code of the Russian Federation).

The Yangulbaev brothers themselves deny any involvement in the attack on the former law enforcer, and link the Kadyrov's accusations of supporting terrorism with the Chechen leader's confidence that the Yangulbaev family are administering the "1Аdat" Telegram channel*, which is in opposition to Chechen authorities.

What was Abubakar Yangulbaev interrogated about

In the morning on December 28, 2021, Abubakar Yangulbaev's home was searched, his equipment was seized, and he himself was taken to the police department in Pyatigorsk. According to his story, during the interrogation he was asked about his activities in the "Committee against Torture" (CaT)** and involvement in the Telegram channel "1Adat"*. 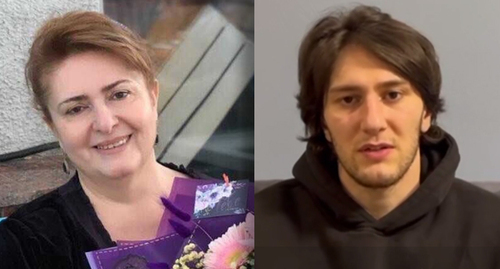 On January 20, 2022, Zarema Musaeva was forced away by Chechen law enforcers from her apartment in Nizhny Novgorod to Chechnya, allegedly as a witness in a criminal case of a fraud. During the detention, violence was used against Musaeva, who is sick with diabetes; they took her out into the street in slippers and without outerwear, pushed her into a car and drove away.

On January 21, Zarema Musaeva was arrested by the Leninsky District Court of Grozny for 15 days "for petty hooliganism." On the same day, Mansur Soltaev, the Chechen Ombudsperson, stated that he had met Musaeva, and, in support of his words, posted a video of his conversation with her in his Instagram page. In the video, Zarema Musaeva stated that she was treated well and provided with insulin injections and other necessary medicines. My mother is in a grave condition, Abubakar Yangulbaev said in his comment to the video. On February 2, Musaeva was arrested for 2 months, already under a criminal case on the use of violence against a state official.

Initially, Dmitry Peskov, the press secretary of the Russian president, treated the incident in Nizhny Novgorod as a fantasy; later, he completely excluded the Kremlin's intervention in the situation with Kadyrov and Yangulbaevs. He treated the Kadyrov's threats as "his personal opinion" and referred everyone to law enforcement bodies, which "perform their functions and do it very clearly."

*In July 2021, at the request of the prosecutor's office, the Zavodskoy District Court of Grozny found a number of publications on the Internet resources of the "1Аdat" movement as extremist. On November 23, 2021, the "Roskomnadzor" began blocking the resources of the oppositional movement.

**Back in 2015, the non-commercial organization (NCO) "Committee against Torture" (CaT) was put on the register of foreign agents. In this regard, the leaders liquidated the NCO and created a new legal entity – the "Committee for the Prevention of Torture", which was also put on the list of foreign agents and then closed. Now, the CaT operates as an unregistered public association.

This article was originally published on the Russian page of 24/7 Internet agency ‘Caucasian Knot’ on February 2, 2022 at 05:52 pm MSK. To access the full text of the article, click here.