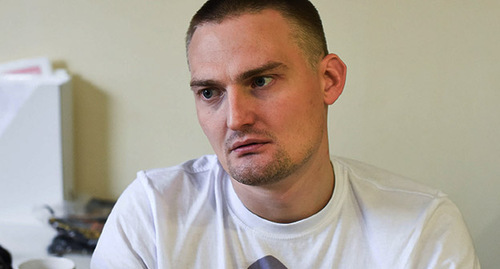 Courts of the Krasnodar Territory (also known as Kuban by the name of the main river) have imposed fines on activists under the new article on discrediting the armed forces, while no hard proofs were presented at court sessions, Mikhail Benyash, an advocate, has stated.

The "Caucasian Knot" has reported that courts in the cities of Anapa and Tuapse had handed down first sentences in Kuban under the new administrative article on discrediting the armed forces: the protesters against the military operation in Ukraine were sentenced to fines from 30,000 to 50,000 roubles, the united press service of Kuban courts has reported.

On March 13, protest actions against the special military operation in Ukraine were held in many cities of Russia; by 4:30 p.m. Moscow time, more than 600 people were detained in 33 cities.

Mikhail Benyash, an advocate, who represented the interests of some of the fined activists, could not name the exact number of detainees at the protests who were administratively punished under the new article.

"Policemen sometimes detained people who were sitting on benches; just because they were sitting there. Everyone was punished with a fine. At trials, if someone apologizes and says that he will no longer participate (in actions), they impose a fine of 15,000 roubles; those who say that they deliberately took part in an action against the military operation in Ukraine, are fined by 30,000 roubles," Mr Benyash told the "Caucasian Knot" correspondent.

In his opinion, the "evidence base" presented at trials is "approximately zero." "There are only policemen's testimonies, or some witnesses who have come from nowhere. All this looks like a farce," Mikhail Benyash has stressed.

This article was originally published on the Russian page of 24/7 Internet agency ‘Caucasian Knot’ on March 14, 2022 at 08:16 pm MSK. To access the full text of the article, click here.

Rights defenders report about 22 detained protesters in Southern Russia, In a week, petition for exchange of POWs and dead bodies with Ukraine gains over 23,000 signatures, Two natives of Dagestan perish in Ukraine.