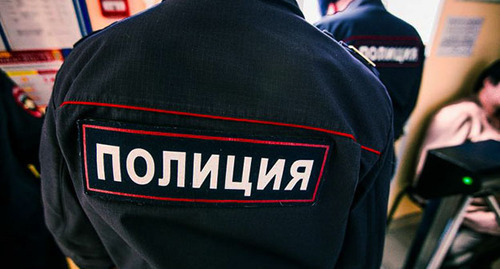 A detained woman from Vladikavkaz confessed to pouring paint over a banner in support of the Russian Armed Forces, the police reported.

The “Caucasian Knot” has reported that after administrative liability for discrediting the Russian Armed Forces was introduced on March 4 (Article 20.3.3 of the Code of Administrative Offenses of the Russian Federation), the police began to prosecute activists under this article, including those in the cities of Southern Russia.

The Vladikavkaz police got a message that a banner in support of the Russian Armed Forces, located on Kosta Avenue in Vladikavkaz, was doused with paint. Employees of the criminal investigation department detained the suspect, a resident of Vladikavkaz, born in 1985, the press service for the Ministry of Internal Affairs (MIA) of North Ossetia reports today.

The case is being investigated under Part 2 of Article 214 of the Criminal Code of the Russian Federation (vandalism motivated by political, ideological, racial, national or religious hatred or enmity), which provides for up to three years of imprisonment.

The detained woman confessed to the crime, the MIA of North Ossetia reported.

This article was originally published on the Russian page of 24/7 Internet agency ‘Caucasian Knot’ on March 29, 2022 at 01:41 pm MSK. To access the full text of the article, click here.