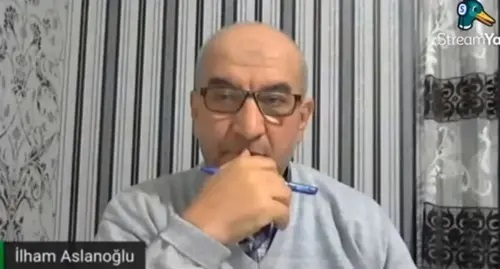 A court in Azerbaijan has sentenced the lawyer, Ilham Aslanoglu, to six months in prison after finding him guilty of libel in his posted video about the "Terter case". This is Aslanoglu's second sentence this year within a defamation case.

The "Caucasian Knot" has reported that on January 28, Ilham Aslanoglu was sentenced to five months of arrest on charges of slander. On March 5, the court of appeal stopped the criminal prosecution and released Aslanoglu from custody.

On June 9, the Yevlakh District Court sentenced Aslanoglu to six months in prison, finding him guilty under Article 148 (insult) of the Criminal Code of Azerbaijan, his advocate, Gusein Abbasov, told the "Caucasian Knot" correspondent.

According to the advocate, the criminal case against Aslanoglu was initiated on the basis of a complaint filed on April 22 by Egyana Alekperova. She saw an insult to her honour and dignity in the video, which discusses the issue of resuming the inquiry into the so-called "Terter case".

The advocate is sure that his client was convicted for no reason. "There were no insults in Ilham Aslanoglu's statements. As the programme presenter, he is not responsible for statements of other participants. The trial was not objective. Aslanoglu denied the charges and stated that he was persecuted for his efforts to restore justice to those who had faced great injustice," Mr Abbasov has stated. The defence will file a complaint against the verdict, he promised.

This article was originally published on the Russian page of 24/7 Internet agency ‘Caucasian Knot’ on June 11, 2022 at 01:01 am MSK. To access the full text of the article, click here.