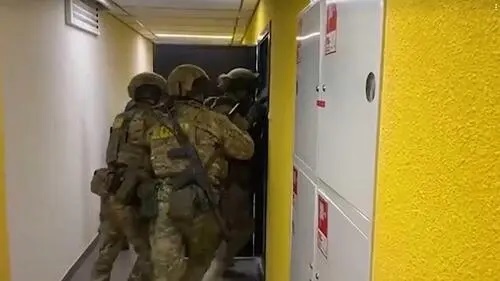 FSB reports about detention of arms manufacturers in Southern Russia

According to the FSB, law enforcers carried out an operation against illegal “gunsmiths” in 38 regions of Russia, including Dagestan, Ingushetia, Kalmykia, North Ossetia, the Stavropol Territory, the Rostov and Volgograd Regions.

“The FSB of the Russian Federation, in cooperation with the Ministry of Internal Affairs (MIA) of Russia and the National Guard of Russia, stopped the criminal activities of 116 residents in 38 regions of the country, involved in the restoration of the combat properties of civilian firearms in secret arms workshops and their sale,” the “Interfax” quotes today the Public Relations Centre for the Russian FSB as reporting.

The operation took place in May and June, and 383 firearms were seized from illegal circulation, including machine guns, submachine guns, pistols, and revolvers. Furthermore, 162 rifles and carbines, an 82-mm infantry mortar launcher, two PTRD anti-tank rifles, and five anti-tank mines were discovered. According to the FSB, more than 28 kilograms of explosives, 162 hand grenades, 494 artillery rounds, and more than 40,000 rounds of ammunition were also seized.

This article was originally published on the Russian page of 24/7 Internet agency ‘Caucasian Knot’ on June 21, 2022 at 10:49 am MSK. To access the full text of the article, click here.

FSB reports detention of members of "Hizb ut-Tahrir"* cell in Rostov-on-Don, In Dagestan, FSB detains persons suspected of financing militants, FSB reports about detention of terrorists in Dagestan and Kuban.