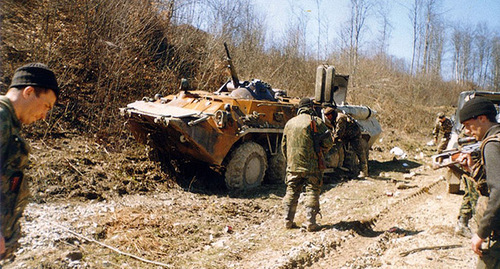 The US Senate called on the US Department of State to include Russia in the list of state sponsoring terrorism. Among other things, US senators explained their proposal by the executions of civilians in Grozny in 2000 and the participation of the Russian troops in the Five-Day War in Georgia.

According to a document posted on the website of the US Congress, the proposal is justified by the fact that the Russian troops used “cruel violence” against the population of Grozny during the second Chechen military campaign. According to authors of the document, the Russian authorities authorized hostilities “in Chechnya, Georgia, Syria, and Ukraine", as a result of which many people died. Furthermore, the Russian authorities “provide material support to Syria, recognized as a sponsor of terrorism.”

The second Chechen military campaign began on September 30, 1999, when the Russian troops entered the territory of Chechnya. The hostilities continued for 10 years, until August 2009.

On the 20th anniversary of the assault of Grozny, city residents said that people had to hide in basements from continuous shelling attacks. Militaries were shooting and killing local residents, writer Polina Zherebtsova confirmed. “Not far from our place, an elderly woman and her daughter were shot dead. The daughter was completely undressed,” the writer said.

In February 2020, military observer Alexander Golts explained that the assault on Grozny was not the best tactical decision. “There can be no successful assault in principle, because defenders use civilians as human shields,” the military observer said.

The operation “to enforce peace in the zone of peacekeepers’ responsibility” in Georgia and the unrecognized republics of Abkhazia and South Ossetia on August 8-12, 2008, went down in history under the name of the “Five-Day War”. That was the first military operation of the Russian Federation abroad.

This article was originally published on the Russian page of 24/7 Internet agency ‘Caucasian Knot’ on July 28, 2022 at 03:15 pm MSK. To access the full text of the article, click here.