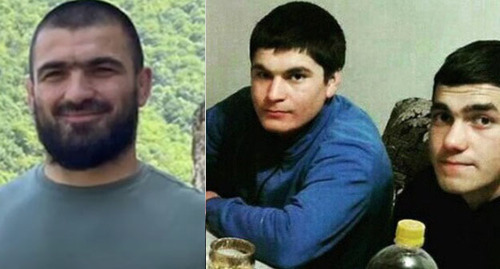 In a social network, residents of Dagestan have reminded Sergey Melikov, the head of the republic, that the law enforcers involved in the murder of Gasanguseinov brothers, have not yet been punished. They demanded a duly qualitative inquiry into the death of a native of the Shamil District at a Makhachkala police station.

The "Caucasian Knot" has reported that three policemen have been arrested in Makhachkala in connection with the death of detained Kurban Dalgatov.

Dalgatov died after being taken to the police station. He received traumas before his death, the Dagestani Ministry of Internal Affairs (MIA) has confirmed.

An appeal from a resident of the Shamil District to the head of Dagestan has been posted in the Instagram* public “golos.dagestana” (Voice of Dagestan).

"The problem is that law enforcement bodies are still using violent methods of ‘knocking out’ testimonies. Dalgatov was a native of the Shamil District. On August 23, 2016, two Gasanguseinov brothers were shot dead in the Shamil District. You visited their parents at the dawn of coming to power in Dagestan. But until now, the killers have not been named; this crime has not been duly assessed. Now, we have this tragedy the death of the father of three young children," the appeal says.

If the perpetrators are not punished, this will increase residents’ distrust in the authorities, the author has noted.

"My condolences to the family; Dagestani power structures have always used and are using such methods. As always, they will be left unpunished," the user kondratenko2742 has written.

This article was originally published on the Russian page of 24/7 Internet agency ‘Caucasian Knot’ on January 24, 2022 at 11:52 am MSK. To access the full text of the article, click here.