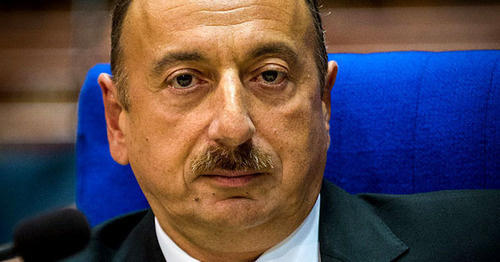 Azerbaijani President Ilham Aliev has signed a resolution on holding a referendum to introduce amendments to the Constitution.

The "Caucasian Knot" has reported that on July 18, Ilham Aliev signed a resolution to direct to the Constitutional Court a draft of the Act on referendum on amendments to the Constitution. Today, the Court has recognized holding a referendum as legally competent. Only journalists from state-owned agencies and several pro-government media were allowed to enter the courtroom.

The draft amendments include 29 items. They provide for the prolongation of the presidential term from 5 to 7 years, the introduction of the provision on dissolution of the Parliament, and the establishment in Azerbaijan of the positions of Vice Presidents. In case if the President is unable to perform the duties, his powers will go to the First Vice President.

It is also proposed to remove the minimum age limit for a presidential candidate now set at 35 years old and to give the leader of the state the right to declare an extraordinary presidential election.