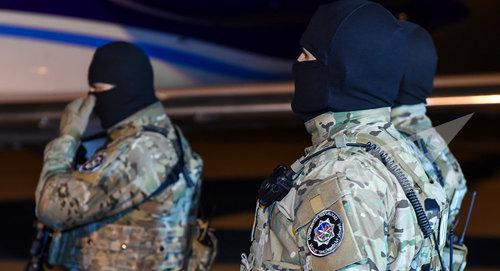 The four suspects of committing assassination attempt on the head of Ganja and organizing subsequent riots were killed by law enforcers, dozens of people were arrested or declared wanted, the Azerbaijani General Public Prosecutor has announced. However, a rights defender told the "Caucasian Knot" that the investigation is not transparent.

The "Caucasian Knot" has reported that on July 10 this year, some 150-200 people gathered near the building of the Ganja city administration in connection with the July 3 attack on the head of the city executive power, Elmar Veliev. The protesters demanded to investigate the actions of not only the attackers, but of Veliev himself. The police stopped the rally by using force. During the clash with the participants of the rally, two police officers were killed.

At the today's operative sitting, Zakir Garalov, the General Public Prosecutor of Azerbaijan, has reported about the inquiry into the attempt on the head of Ganja and subsequent mass disorders, the "Caucasian Knot" correspondent reports.

To date, 61 accused persons have been arrested; four people were killed at detention; and 13 others have been put on the wanted list, Mr Garalov has stated.

The inquiry into the "Ganja case" causes rights defenders' concern, as it is non-transparent, Ogtai Gyulyalyev, the coordinator of the Centre for Defence of Political Prisoners, has stated.

According to his version, the detainees are kept in one of the subdivisions of the Azerbaijani power structures, "sadly known as the place where torture is used".

Alesker Mamedli, a law expert and a member of the "Civil Society Platform" has drawn attention to the context of reports about the suspects killed by law enforcers.

"Attention is drawn by reports about the 'liquidation' of suspects. The law "On Police" allows law enforcers to neutralize suspects, but this is not necessarily liquidation. The mission of law enforcers is not to punish a suspect by killing him, but to neutralize him so that he can stand trial," Mr Mamedli told the "Caucasian Knot" correspondent.

This article was originally published on the Russian page of 24/7 Internet agency ‘Caucasian Knot’ on July 30, 2018 at 08:52 pm MSK. To access the full text of the article, click here.