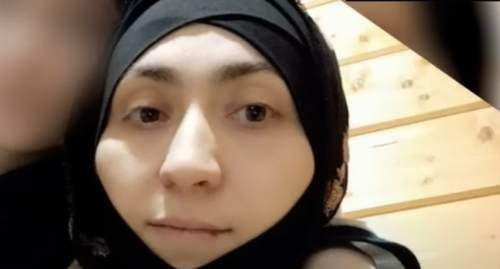 Amina Gerikhanova, a native of Chechnya, who received refugee status in Romania, has been removed from the Interpol wanted list, the "Vayfond" human rights association has informed.

The "Caucasian Knot" has reported that on November 4, it became known that Gerikhanova, who was put on the wanted list by Russia as a participant in hostilities in Syria, received refugee status in Romania.

On March 13, 2022, Amina Gerikhanova, 36, was detained along with her child at the Romanian border while trying to leave Ukraine, where she lived after leaving Chechnya about five years ago. Amina was arrested, and her son was placed in an orphanage, from where he was later taken away by a relative. In September, Gerikhanova, who was not allowed to be at large after her release from custody, complained about the threats received from Romanian police to extradite her to Russia, contrary to the recommendations of the European Court of Human Rights (ECtHR).

The Interpol's open database contains information about 3226 people, who are wanted at the request of Russia, including 698 women. The vast majority of the women wanted by Russia through the Interpol are natives of the Caucasus accused of having links with terrorist organizations and illegal armed formations (IAFs).

According to Amina Gerikhanova, she and her husband had been persecuted in Chechnya. In 2015, she was not allowed to fly to Turkey, where her husband had left earlier; in the autumn of the same year she was tortured and beaten up by law enforcers in Chechnya, after which she went to her relatives in Stavropol, and then left Russia.

This article was originally published on the Russian page of 24/7 Internet agency ‘Caucasian Knot’ on December 1, 2022 at 02:54 am MSK. To access the full text of the article, click here.