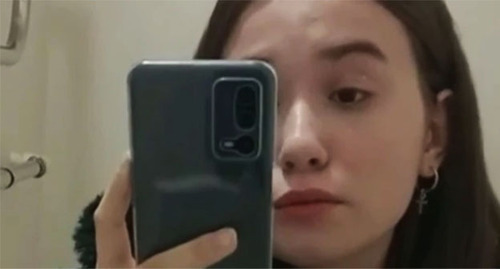 Leyla Gireeva, who ran away from her home in Nazran, filed a complaint to the police about regular violence from her parents and asked to be protected from harassment by her relatives.

The “Caucasian Knot” has reported that on November 23, the police detained 18-year-old Leyla Gireeva, who had fled domestic violence but was found by her relatives in Saint Petersburg. In the evening of the same day, the police released her. Leyla Gireeva stays now in a safe place, but the threat of forced return to her family remains, the “CK SOS Crisis Group” reports.

Leyla Gireeva told her lawyer that her mother and father were beating her when they “were in the mood” and were pulling her hair. The pretext for violence could be the girl’s unwillingness to go to school because of her poor health or allegedly improper performance of her household duties.

The girl also said that she was often locked at home and forced to take psychotropic drugs. Leyla Gireeva was also taken to the imam, who tried to cure her of depression. “My parents said that they should have killed me, but since they had already spent 18 years on me, they must try to pull a ‘genie’ out of me. The imam was beating me with a stick. He said that if I feel pain, then the genie feels pain,” Leyla Gireeva said.

Earlier, the “Daptar” publication has reported that Leyla Gireeva asked for advice on social media and decided to run away from home. The girl’s mother said that her daughter was lying and suggested that Leyla “was attracted by some organization sponsored from America.”

This article was originally published on the Russian page of 24/7 Internet agency ‘Caucasian Knot’ on December 1, 2022 at 06:57 pm MSK. To access the full text of the article, click here.