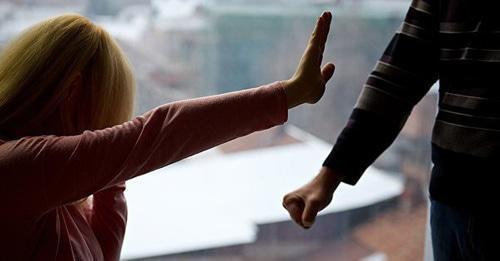 Women murdered with impunity in Caucasus: Who is to blame?

When commenting on a brutal murder of a young woman in Khasavyurt, rights defenders have reported that in Dagestan, the situation with violence against women differs a little from the situation in Russia in general.

The "Caucasian Knot" has reported that on March 30, a 25-year-old resident of Khasavyurt was detained on suspicion of killing a young woman whose body was found on a road. A video from surveillance cameras shows how a young man is beating a young woman with his feet and how at least six times he is throwing on her head a stone raised from the side of the road. Meanwhile, a car drove by. According to the preliminary information, the murder was motivated by jealousy.

According to journalist and rights defender Svetlana Anokhina, violence against women is not unusual for Dagestan or for Russia in general.

"All the time, someone is being beaten at our place, and apparently the same is happening all over Russia. A person may be beaten by the police, strangers, and also family members," Svetlana Anokhina said.

According to her, the public produces different reaction to such events. So, if it is a question of domestic violence, then "people will rather assume that there had been a reason."

Meanwhile, there is no open information about "honour killings" in Dagestan.

"Relatives of victims very rarely voice such problems ... An honour killing means that a girl or a young woman was suspected of something not good and that fact casts a shadow on her entire family. It's terrible that such a thing as an honour killing still exists in the minds of the people," noted the rights defender.

In Russia, level of violence against women is very high

In Dagestan, violence against women does not differ from the situation all over Russia, also believes Irina Kosterina, an employee of the Heinrich Böll Foundation.

"Women are beaten and killed both in Moscow and in the cities of Northern Caucasus. Of course, in Islam, which has great influence in Dagestan, there is a ban on murder, but that fact hardly decreases the number of murders," Irina Kosterina explained.

However, it is typical that in Northern Caucasus, even more than in the rest of Russia, people do not believe in the power of the law and often resolve violent issues within their villages.

"Every day, they see a lot of law enforcement offenses, cases of corruption and impunity of crimes. Of course, all that corrodes the society and deprives people of moral guidelines," noted Irina Kosterina.

The activist also added that none of the drivers stopped a murder of a young woman in Khasavyurt and that was "a terrible but regular sign of our time."

In general, violence committed by a spouse remains the main source of threat to women in Northern Caucasus, rights defenders report. The problem of family violence in the region is aggravated by the situation of women in the society and families, where victims avoid seeking help.

"Most often, we learn about such cases from advocates, psychologists, acquaintances or from social networks," said the activist. She has also noted that in general, they are being addressed from Dagestan.

After appealing for help to the law enforcement bodies, victims of violence are subjected to great pressure, including from the side of society, said advocate Akhmed Elmurzaev, who cooperates with psychological support centres for women.

"In Northern Caucasus, a woman will sometime tolerate violence from a man ... since her relatives will basically recommend her to endure the situation no matter what is happening," he said.

The advocate explains that many cases of domestic violence could be resolved through divorces, but a divorced woman has a negative social status in a Caucasian society.

"There is another type of domestic violence: paedophilia. Acts of violence are often committed by a father against his own children or in some cases by a stepfather," Akhmed Elmurzaev added.

Rights defenders register an increase in number of appeals for help

Domestic violence is a major problem both in Russia in general and in the south of the country, reports Natalia Voikova, a project coordinator for Northern Caucasus of the "Anna" Centre in Moscow.

"Every year, the all-Russian hotline for victims of domestic violence receives about 10,000-15,000 calls from affected women from different regions," she said.

"In particular, according to the Human Rights Watch (HRW) and the Amnesty International (AI), Northern Caucasus is the most troubled region of the Russian Federation," Natalia Voikova added.

According to the survey held by the Heinrich Böll Foundation, in 2015, in Southern Russia, the number of women applying for help to NGOs was astonishingly small: 4% in Chechnya, 3% in Kabardino-Balkaria and 1% in Dagestan. In Ingushetia, women do not address such NGOs for help at all, since "it is not considered respectable."

Besides, according to the survey, in Chechnya and Dagestan, most victims of violence consult their mothers, sisters or girlfriends. Meanwhile, in Kabardino-Balkaria, 49% try to solve the problem on their own. In Ingushetia, most women also prefer not to tell anyone that they have been abused.

"Meanwhile, in the survey held by the Heinrich Böll Foundation, questions about domestic violence gave the most disturbing results. For example, in Chechnya, 11% of respondents indicated that they were sometimes beaten, 28% were slapped or pushed, and 8% were once raped or forced to have sex. In Dagestan, 22% of the female respondents are forced to sometimes endure insults, criticism of their appearance and mental abilities, 21% of the respondents' husbands sometimes push their wives or slap them," Natalia Voikova said.

Besides, the "Anna" Crisis Centre for Women in Moscow noted that in regions with the overwhelming Muslim population, the nature of domestic violence was different. There, it is not accepted to seek help from NGOs and "complain" about violence.

In the countries of the Caucasus, neighbouring with Russia, such as in Georgia, the problem of impunity for violence against women also remains urgent.

According to rights defenders, in Georgia, the police often ignore complaints of violence in families. Women themselves keep silence about the problem, and the law poorly protects them.

Against the above background, there are also positive developments: the Georgian Parliament initiated the amendments to five laws to protect the rights of women affected by domestic violence. The exact date for consideration of the bill, toughening the responsibility for domestic violence, has not yet been determined.

The amendments will introduce a ban on approaching a victim and limiting the right of guilty persons for carrying and storing weapons.

The development of the above legislative amendments was preceded by the recommendations on eradication issued by the UN Committee. In 2016, the UN Committee found violations of legislation in a case of a family in Tbilisi, which members were subjected to violence for many years from their husband and father.

According to a member of the NGO "Article 42 of the Constitution", the head of the family tortured his wife and five children. The woman was forced into marriage: after a rape, she had to marry a rapist because of traditional views in her family. Having married, she became financially dependent on her husband, who regularly beat her and their children. Two children, a boy and a girl, were sexually assaulted by their father.

"The woman went to the police after her husband beat her so badly that she had to call doctors. At a police station, she was persuaded to retract her complaint of a purely family affair, while her husband also put pressure on her. After that, it turned out that the children were being sexually abused and the woman appealed to the law enforcement bodies. However, law enforcers did not reveal any abuses and called the woman abnormal," said Elena Fileeva, a member of the NGO "Article 42 of the Constitution".

According to her, after that the woman broke up with her husband and appealed to rights defenders who sent a complaint to the UN in 2009. In 2016, the UN Committee found a violation of the law, and the woman and her daughter filed a complaint to the Tbilisi Court with a request for compensation for moral damage of 50,000 laris (20,834 US dollars).

"The case of family violence provoked the need to change the legislation, and the Georgian authorities began to implement changes," noted Elena Fileeva.

In cases of violence, the police draw up an order to prohibit a guilty person to approach a victim of violence, but not to prohibit communication with the victim. So, psychological abuse of a victim is often continued by phone calls and correspondence in social networks, explains Anna Tavkhelidze, a member of the "Partnership for Human Rights".

In Georgia, sexual harassment is a frequent problem, but it is not considered to be a criminal offense, notes Tamar Dekanosidze, a member of the "Association of Young Lawyers".

As of March 16, 2018, according to the statistics of the Ministry of Internal Affairs (MIA) for Georgia, the MIA registered 746 cases of domestic violence, and investigations were launched into 456 cases.

The representative of the Center for Human Rights, Tamara Lukava, mentioned the example of the engagement of a 16-year-old girl. The police claimed that forced marriage of a minor was not a crime. During the two years, the investigation has been delayed in the case of violence against a pregnant minor girl, and the victim twice attempted suicide.

In 2017, the Georgian Ombudsman's Office questioned women affected by domestic violence. One of them said that her neighbours were aware that her husband was beating her, but did not interfere in the situation.

According to another woman, she grew up in a family where a divorce was banned and everything "must be tolerated for the sake of preserving the family." "When my husband saw that I did not have any support, he grew bolder and beat me even more cruelly," the woman said.