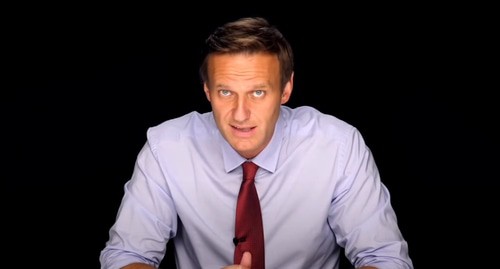 Russian authorities should immediately and unconditionally release the opposition leader, Alexei Navalny, who was detained minutes after he arrived at the Moscow's Sheremetyevo Airport from Berlin, the Amnesty International (AI) has stated, declaring Navalny a prisoner of conscience.

The "Caucasian Knot" has reported that In August, opposition leader Alexei Navalny fell into a coma after being poisoned at the Omsk airport. He regained consciousness in Berlin, where he was taken for medical treatment. Alexei Navalny claimed that the Russian authorities initiated an attempt on his life.

Prior to the 2018 presidential election, the Navalny's team opened 63 regional offices, including in Southern Russia – in Astrakhan, Volgograd, Krasnodar, Rostov-on-Don and Stavropol. Navalny's volunteers are called "idealists," says the article by the "Caucasian Knot" entitled "Navalny's volunteers: pre-paid PR or a new political force?"

The police detained the oppositionist who returned from Germany on January 17 at the passport control at the Sheremetyevo Airport for violating his earlier suspended sentence.

Russian authorities must release Alexei Navalny immediately and unconditionally, the AI has stated.

"The arrest of Alexei Navalny is another proof of the fact that Russian authorities are seeking to silence him. His arrest is just highlighting the need to investigate his claims that he had been poisoned by state agents who acted on orders from the highest level," Natalia Zvyagina, Director of the AI's Moscow office, has stated.

This article was originally published on the Russian page of 24/7 Internet agency ‘Caucasian Knot’ on January 17, 2021 at 10:25 pm MSK. To access the full text of the article, click here.

Investigation into Navalny's poisoning recalls attempt on Politkovskaya and Kuashev's death, Meduza: participants in assassination attempt on Navalny had flown to Chechnya, Kadyrov claims to be customer in poisoning of Navalny.