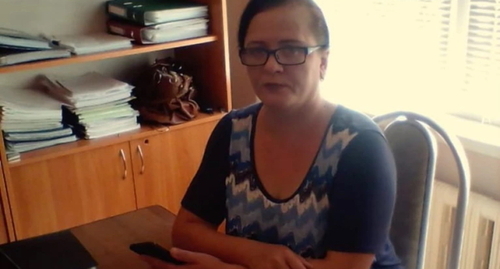 Advocate claims torture of detainees at rally in Makhachkala

After detention, anti-mobilization protesters in Dagestan were tortured, Nadezhda Borodkina, an advocate, has stated.

The "Caucasian Knot" has reported that on September 25 and 26, the city of Makhachkala hosted large-scale actions against mobilization, which ended in mass detentions. Law enforcers also detained journalists. Human rights defenders have reported dozens of criminal cases initiated after the protests; an official from of the office of the UN High Commissioner has called for the release of those arrested.

After protesters were brought to the police station, they were beaten up by law enforcers. "Bodily injuries and bruises are visible in everyone; one client complains of severe pain in the chest – a suspicion of rib fracture," the "Kavkaz.Realii"* project reports the advocate as saying.

Four of Ms Borodkina's clients have been charged with the use of violence against law enforcers; the clients now face up to 10 years in prison, the human rights project "OVD-Info"** reports.

Nadezhda Borodkina has noted that the proofs of her clients' crimes were in the videos showing attacks on law enforcers, as well as testimonies of law enforcers themselves. But the young people, whom she defends, state that they had no plans to attack law enforcers, but did so, while trying to defend the women who were beaten up during detentions.

Let us remind you that on September 28, Sergey Melikov, the head of Dagestan, stated that the events in Makhachkala could not be treated as protests, since "there were no slogans." He also called the footage posted on the Internet, which shows the use of force by the policemen to disperse the protesters, as staged.

This article was originally published on the Russian page of 24/7 Internet agency ‘Caucasian Knot’ on October 1, 2022 at 11:53 am MSK. To access the full text of the article, click here.