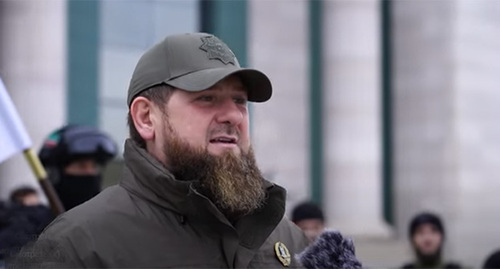 In the near future, residents of Chechnya will begin receiving summonses, Ramzan Kadyrov, the head of the republic, has announced. He invited Chechens to hurry up to enrol into the republic's power structures in order to serve together with fellow countrymen, and not in other units. At the same time, the Chechnya's state TV Company had earlier stated that there would be no mobilization in Chechnya, while Kadyrov himself reported that Chechnya had over-fulfilled, with the help of volunteers, the plan for send fighters to Ukraine.

On October 28, Sergey Shoigu, the head of the Russian Ministry of Defence (MoD), announced the completion of the mobilization. He specified that 300,000 people had been mobilized, 82,000 of them were sent to the special operation zone.

On November 1, Russian started the autumn conscription for the military service in the Armed Forces; within the framework thereof it is planned to send 120,000 recruits to the troops, the RIA "Novosti" has informed.

The "Caucasian Knot" has also reported that after the announcement of partial mobilization, protest actions were held in a number of Russian regions. On September 20, an audio message by a woman was circulated among Chechen WhatsApp users; she called on mothers to gather for a rally in Grozny and oppose sending their sons to Ukraine. However, law enforcers stopped this action; and Kadyrov confirmed that "some 15-20 women came out to the rally" in Grozny. He treated the mobilization opponents as people's enemies and suggested that the husbands of the protesting women be sent to Ukraine.

This article was originally published on the Russian page of 24/7 Internet agency ‘Caucasian Knot’ on November 1, 2022 at 11:15 am MSK. To access the full text of the article, click here.

Practice of punishment by sending to front spreads beyond Chechnya, After rally, Kadyrov declares opponents of mobilization enemies of people, Kadyrov cancels mobilization in Chechnya.