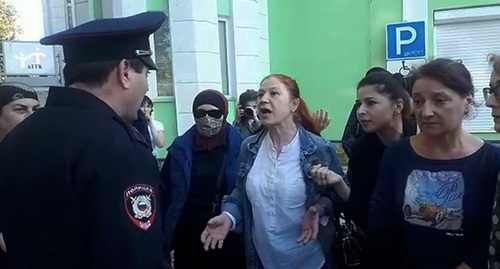 Over hundred people convicted after protests in Makhachkala

After the protests in Makhachkala, at least 104 people have been found guilty of violating the procedure for holding public events; 99 cases were returned to the police.

The "Caucasian Knot" has reported that on September 25 and 26, large-scale anti-mobilization actions were held in Makhachkala, which ended in mass detentions. Law enforcers also detained journalists. Human rights defenders have reported about dozens of criminal cases initiated after the protests. Nadezhda Borodkina, an advocate, has stated that some protesters had been tortured. The Dagestani Ministry of Internal Affairs (MIA) has promised to punish the policemen who exceeded their power when dispersing the rallies.

On September 27-29, the Sovietsky District Court of Makhachkala received 279 administrative cases under the article on violating the procedure for holding public events, which are related to anti-mobilization protests.

As of October 3, a total of 104 cases ended in appointment of punishments; while 99 cases were returned to the MIA due to procedural violations; one case was dismissed.

Let us remind you that on September 28, Sergey Melikov, the head of Dagestan, stated that the events in Makhachkala cannot be called protests, since "there were no slogans," while the footage, which shows the forceful dispersal of the protesters by the police, were staged.

This article was originally published on the Russian page of 24/7 Internet agency ‘Caucasian Knot’ on October 3, 2022 at 04:05 pm MSK. To access the full text of the article, click here.